One of the most beautiful cities in the world, the city fans out from the sparkling harbour to iconic Bondi Beach in the east, golden Palm Beach in the north, the adventure capital in the west and Australia’s oldest national park in the south. With the Sydney Opera House and Harbour Bridge visable from Circular Quay.

Located above one of Australia’s most iconic department stores and centrally positioned amongst Sydney’s prime tourist, shopping and entertainment districts including Westfield Sydney, Pitt Street Mall and Queen Victoria Building.

The hotel is also within easy reach of the Sydney Harbour Bridge, The Rocks, Darling Harbour, Hyde Park and Sydney Opera House. Guests will benefit from ease of access to the city’s transportation system.

An underground walkway conveniently connects the hotel to Sydney’s railway hub at Town Hall station, buses are just minutes from the hotel and taxis are at Swissotel’s doorstep. The hotel is located 25 km from Kingsford Smith International Airport

Swissotel Sydney is a luxury five-star hotel located in the heart of Sydney’s Central Business District.

Surrounded by the city’s most exclusive shopping centres such as the historic Queen Victoria Building and Westfield Sydney, Swissotel Sydney is within walking distance to all of Sydney’s famous landmarks and cultural attractions including the Harbour Bridge, Opera House and the beautiful Royal Botanic Gardens. 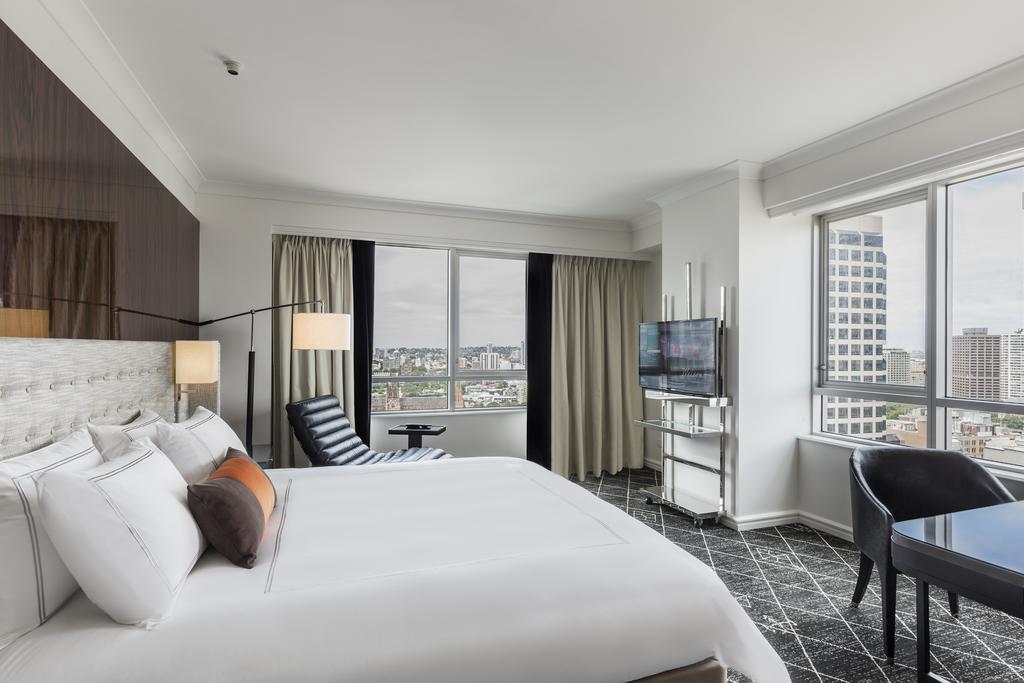 A special rate has been secured with the Swissotel for COSBOA delegates who might wish to book accommodation for the Summit. At these special rates the rooms are subject to availability and we recommend securing your accommodation as early as possible

Accommodation can be booked through the online system from as you register for the Summit. Please note that full prepayment will be required for all accommodation bookings by Friday 25 September 2020.