Ms Abigail Bradshaw is the Head of the Australian Cyber Security Centre (ACSC), and is responsible for leading the Australian Government’s efforts to improve cyber security.

Throughout her career, Ms Bradshaw has held key National Security Operations roles where she has lead whole of government operations, as well as policy and international roles, focussing on advancing Australia’s national security agenda.

Ms Bradshaw has also held senior roles in the Department of Home Affairs, leading offshore resources covering Europe and Sub Saharan Africa, and as the Department’s inaugural Chief Risk Officer. Prior to this, she was the Deputy Commander of Maritime Border Command during the height of the people smuggling trade.

Ms Bradshaw began her career in the Royal Australian Navy and was awarded the Conspicuous Service Cross in 2005. She holds a Bachelor of Laws and a Bachelor of Asian Studies. 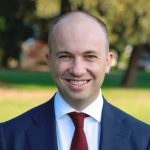 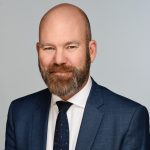