Chris has broad experience in tax policy and law development and implementation, having held influential roles in the private sector and as a government advisor to both Labor and Coalition governments.

Chris had over 30 years of experience in the professional services sector and was Chairman of Partners for KPMG New South Wales from 2001 to 2012 giving him a broad perspective and insight into leadership, business and regulatory issues.

Until taking up his role as Commissioner of Taxation, Chris was the Chairman of the Committee for Sydney, a Director of the Bell Shakespeare Company and the Sydney Childrens’ Hospital Foundation as well as a member of the Audit and Risk Committee for the NSW Art Gallery. 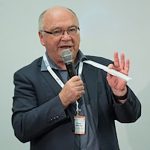 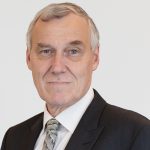