Fred Harrison began his career as a casual with Ritchies in 1975 whilst still at Frankston High School. He worked his way up to management; was appointed as General Manager in 1987 and as Chief Executive Officer and Director in 1994.

Fred Harrison understands better than most, the essential ingredients that make Australian retailers successful. Upon his appointment as CEO, Fred recognised the stores needed a fresh outlook to stay current and for the business to continue to grow. With the assistance of a great team, he set about reinvigorating existing stores with upgrades and remodels, providing competitive pricing, specialising in fresh foods and ensuring store standards are equal or better to that of the chains. Fred also talks passionately about Ritchies providing clear points of differences compared to the chains and he is proud to lead the company in its vision to be the “Friendliest Team in the Supermarket and Liquor Industry.” It is well recognised within the supermarket industry that Ritchies offer an outstanding and unique range of products, completely different to that of Woolworths, Coles and Aldi. It attracts new customers to our businesses which has contributed strongly to significant sales increases over the past 10 years. In a tough market, Ritchies have not only held their own, but grown their share of the supermarket market place, at a time when many independents were suffering declining sales.

Fred’s passion for the Supermarket and Liquor industry and his devotion to delivering an outstanding customer experience, has made him one of Australia’s most successful retailers. In July 2016, Fred was inducted into the prestigious IGA Hall of Fame. Named after the Chairman of IGA Inc., this honour recognises outstanding achievements and contribution to the Australian independent retail grocery industry. 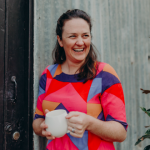 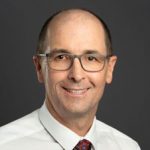