The Hon Dr. Gary Johns took up the role of Commissioner following a long and varied career in public service and policy advice, including as the author of eight books on public policy. He was an inaugural board member of Volunteers Australia, a member of the Prime Minister’s Business Community Partnership, and the committee to design the Redress Scheme for survivors of institutional child sexual abuse.

Gary was a member of the House of Representatives from 1987-1996 and served variously as Parliamentary Secretary to the Deputy Prime Minister, Parliamentary Secretary to the Treasurer, and Special Minister of State and Assistant Minister for Industrial Relations. He served as an Associate Commissioner of the Commonwealth Productivity Commission 2002-2004.

He received the Centenary Medal in 2001 and the Fulbright Professional Award in Australian-United States Alliance Studies in 2002, which was served at Georgetown University, Washington DC. 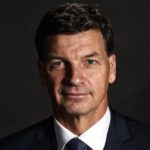 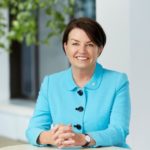