Geoff Browne was appointed as the inaugural Lead Ombudsman – Small Business with the Australian Financial Complaints Authority in February 2019.  He was previously the Victorian Small Business Commissioner (2011-2016) and Deputy Director of Consumer Affairs Victoria (2006-2011).  He has led both policy and program divisions of Victorian public sector departments, and held senior management roles in the corporate sector, including in finance, telecommunications and e-commerce.  Geoff has also run his own incorporated small business and worked as a sole trader.

Geoff has a Masters Degree in Economics, a Graduate Diploma in Company Secretarial Practice, and is a Graduate of the Australian Institute of Company Directors. 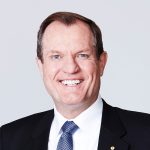 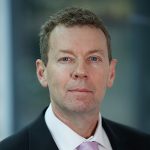