Kate brings extensive experience and knowledge to the role of Ombudsman, having run her own small businesses for 15 years before becoming ACT Chief Minister in 1995 for a five year period.

Kate was appointed an Officer of the Order of Australia in 2006 for her services to the community through contributions to economic development and support for the business sector, knowledge industries, the medical sector and medical technology advances. 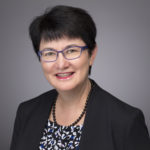