The Hon Steve Irons MP is the Assistant Minister for Vocational Education, Training and Apprenticeships. Minister Irons was previously Assistant Minister to the Prime Minister. Prior to his appointment to the Ministry in 2018, Minister Irons was deeply involved in the committee work of the Parliament and served as Chair of both the Joint Standing Committee on Corporations and Financial Services and the House of Representatives Standing Committee on Health. A former ward of the state, Minister Irons has been a passionate and long-standing advocate for victims of failures in the care of children, and has been a leading voice for justice for victims of institutional child abuse.

Minister Irons has represented the Western Australian seat of Swan since 2007, winning the marginal electorate for a fifth time in 2019.

Prior to his election to Parliament, Minister Irons was a small business operator for three decades. An electrician by trade, he has been both an apprentice and an employer of apprentices. Minister Irons brings a real passion for and practical knowledge of the issues in his Ministry. 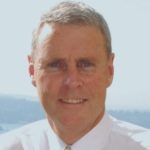 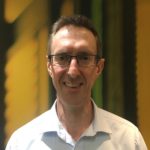